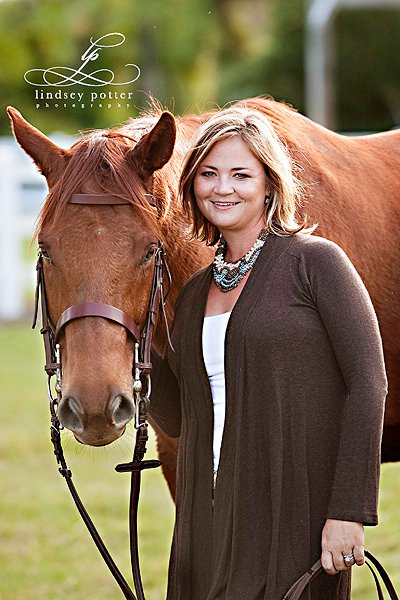 A horse named Robert Redford came into my life this past July. Red as I affectionately call him is a 17hh, chestnut Thoroughbred gelding that was practically given to me by a good client in Ocala.

Red was first introduced to me as a very challenging horse who had not done well in his previous training. He had proved difficult for the first two trainers that worked with him trying to get him started under saddle. When I met him he was still an overly sensitive and mostly un-safe horse to ride for the owner. Laura, the owner, had bred this horse from a lovely racing mare and grade stakes winning stallion. Red comes from an amazing lineage of top Thoroughbred racehorses, including Mr. Prospector as his grandfather. He is bred to race, but never even graduated his initial starting under saddle. Laura decided not to enter him into the racing world because she was concerned he would wind up being abused due to his temperament. Such a shame!

I adored this horse from the first moment I worked with him. He was riddled with talent that was all wadded up and stuffed inside him. I could see his frustration, his confusion and understood why he acted out so dramatically. I just “got him“. I tend to be a difficult chestnut mare myself! Once again, here was a talented, sensitive horse that was labeled “difficult“ this time by natural horsemanship trainers, and top level trainers at that! Some things just never change.

As Laura put it, Red took to my training “like a duck to water”. Red and I just got along and Red transformed into a calm, reliable riding horse for Laura. Because Red is too old to start racing now, his talents needed to be guided in another direction. When Laura needed to sell a few of her horses, she called me about Red and made me a deal I simply couldn’t refuse. Both she and I knew Red still had a big future in dressage or jumping. All that talent needed to go somewhere!

Red is a fourth horse for me, a financially daunting endeavor. Luckily one of my clients fell in love with him as much as I did. Alex, who is new to horses, wanted to work with Red. She agreed to go back through the process of groundwork and re-start him again under saddle with my guidance to make sure the two of them would be safe. Alex leases Red and has developed her own relationship with him. I think I may have lost my horse! Red couldn’t be happier and is proving to be a reliable, friendly and safe horse for Alex.

Nothing makes me happier than seeing Red turn around completely from “difficult to a fine horse” is a transition that makes my heart sing. Did I mention that Red is currently 11 years old? So, yes, new beginnings do come at every age! I still hope to take Red into the show ring one day, but his turnaround and his happiness make us feel like champions already.