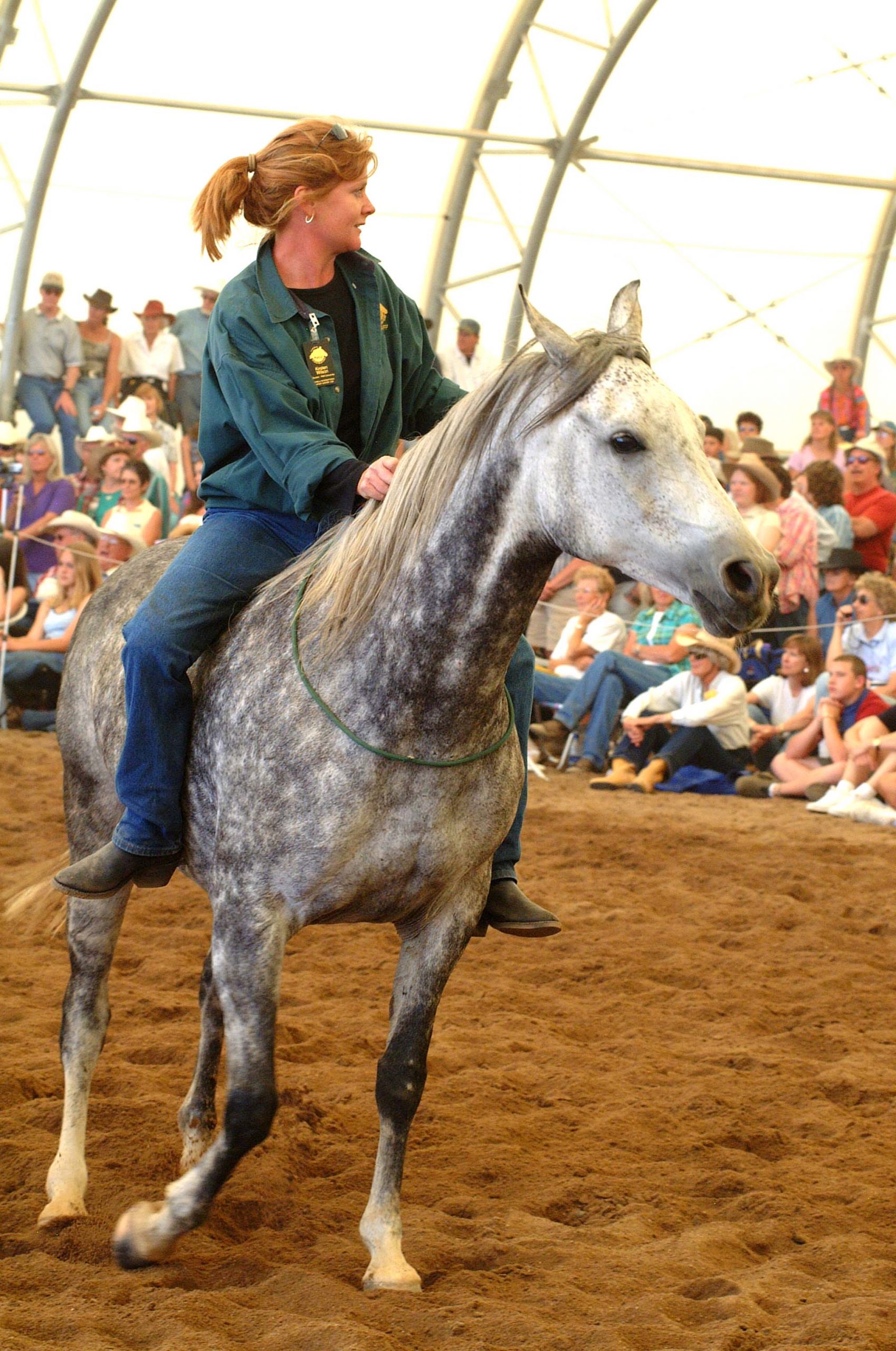 Pulling Prima back out for a small demo held some interesting lessons. Prima and I used to do demos all over the country in front of thousands with Pat Parelli’s Savvy Team. But when I left the Parelli organization I also decided to take a break from doing demos. I took a break from demos because I needed to sort through a lot of new information that had come my way about balance. I knew I had to go right back to the very basics with Prima, no more flashy stuff, just good riding. Instead of working on maneuvers or tricks, which have a certain wow factor in a demo, I wanted to improve her movement, her body and her balance as well as mine; pretty boring stuff and does not make for good demos. And I have to say that it has taken us (me) some time to really get the hang of some very simple concepts. Simple does not always mean easy!

So when Daryl asked me to do a demo for ERAF with Prima and pull out some of our old party tricks. I wasn’t 100% sure that we still knew how. When we were doing demos I practiced the maneuvers and worked on tricks regularly. Now all we do is work on basic riding and moving better in the walk, trot and canter. I said yes hoping in the back of my mind that I would have enough time to knock the rust off our old tricks and have something interesting to show.

The next opportunity I had to spend some time with Prima I thought I better give some of those old tricks a go and find out just how much work we had ahead of us. I grabbed a dressage whip and walked into the pasture to see if working at Liberty was still an option. Prima looked at me with her keen Arabian eyes and stepped right into the groove. We played for about half an hour in the pasture, trying out one maneuver after another, and never missed a beat. Miraculously our liberty tricks were not only still there, they were better than when we quit practicing them!

We both had a blast and slowly the thought crossed my mind that IT IS all about the relationship (DUH!). By working with Prima in a way that primarily benefited Prima, the relationship had strengthened. The tricks were secondary. And, the maneuvers are not so challenging when the horse wants to be with you and CAN do what you are asking because balance in the body is strong.

I worked on finding my balance as if I was in the saddle and then riding her as if I had the bridle on. Having not ridden Prima without a saddle and bridle for some time I was expecting to mostly be a passenger. But the more I rode as if everything was the same, the more everything was the same. We rode around one direction for a bit at the walk, changed directions, stayed on the track, changed directions again and it was perfect. I have to admit that I was pleasantly surprised even though I have always heard that riding is really the same with or without tack. It was nice to actually experience that feeling.

I bumped Prima up to the trot thinking I may still lose steering at a faster pace, but no, everything was still there! We trotted for at least 20 minutes around and around. It was nothing spectacular, just staying on the track and changing directions, but the quality was much better than I expected. We even tried the canter and I still had steering! When Prima tired at the trot and then lost her balance at the canter, falling on the forehand, tossing her head and then tripping a bit, I knew we had had enough playtime.