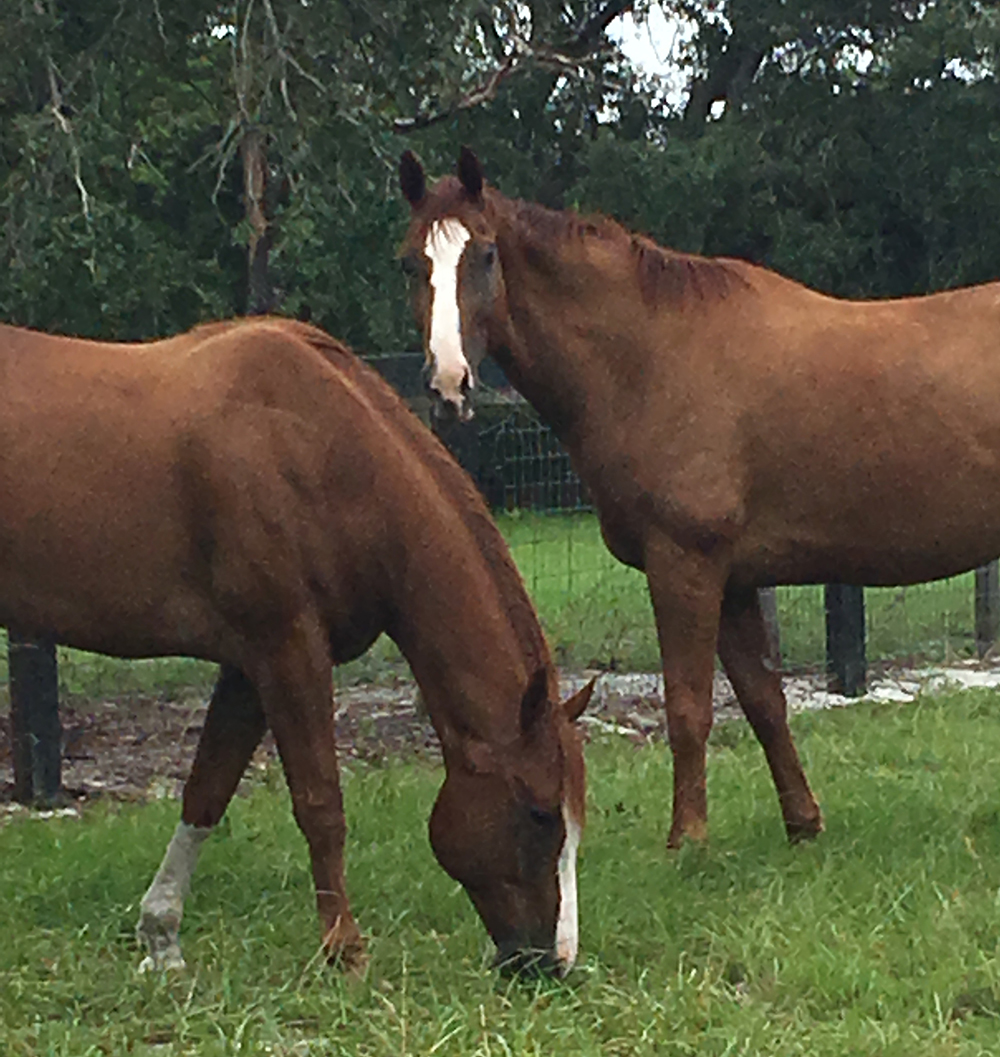 Horse Geeks Blog
Balance is an integration of opposites

How is it that a new problem can help overcome an old problem?

Ironically, the solution for many problems we face with horses, often lies in cultivating the opposite problem; one that is uncharacteristic or not normal for the horse. The process of finding balance usually involves a series of bounces between two opposing “problem” before the horse finds balance and finally settles in the middle. The process of working between two opposing problems is not what we expect during training, so let’s look a little deeper.

For example, a horse that normally goes too fast and won’t slow down is a problem and a horse that goes too slow and won’t speed up is the opposite side of the same problem. The root of the problem, for both opposite behaviors, is self-control over speed for the horse. When a horse lacks balance and control over managing forward energy and internal body weight during motion, then we could flip a coin – heads, the horse chooses speed and momentum to find stability in forward motion or tails, the horse keeps reducing the pushing force and goes slower to find stability.

As we begin to make changes to the root issue, regarding the horse’s internal self-control over managing forward forces, then the first sign of real, internal changes is when the horse suddenly bounces into expressing the opposite behavior from what is normal. We don’t have to force the change. The change in behavior or a bounce into the opposite behavior is a normal, spontaneous expression during the process of change.

Horses that typically resist going forward are often called lazy, stubborn or pushy. The resistance to forward can even make horses slightly aggressive. The root of the problem is discomfort or instability during forward motion. We can’t make the horse comfortable by constantly pushing for more forward, we need to help the horse find comfort, self-control and ease with forward movement first by improving balance at any speed the horse offers. Once the horse is more comfortable, more forward energy is the result.  As we start to effectively make changes regarding the horse’s balance and control, the first sign of internal change can mean that the horse might suddenly have way too much forward energy and try to bolt, pull, or just go too fast and have a harder time slowing down. This exploration of speed needs to be allowed for the horse as part of discovering balance. This is normal in the process of developing internal changes to the habits of movement.

On the other side of the coin, horses that have been typically too fast are often called anxious, spooky or reactive. The resistance to slowing down can even make horses panic when restrained with rein pressure. The root of the problem is discomfort or instability during forward motion – the same as horses that lack forward energy. We can’t make a horse comfortable by constantly controlling the speed with bit leverage or rein pressure, we have to help the horse discover self-control internally by improving balance. As the horse begins to gain more self-control internally the first sign of real change is that the same horse will suddenly stop frequently and resist going forward. Again, we need to allow frequent halts or spontaneous downward transitions to encourage the opposite use of the horse’s body in order to ultimately find balance.

These bounces between opposite problems during the process of change are normal and to be expected. However, if we don’t know what to expect, then it is easy to get frustrated with having a new set of problems while actually making internal improvements to the horse’s balance.

Many imbalances get labeled as the horse’s personality or conformation problems. But negative behavior in a horse and poor movement primarily indicates defensiveness and/or physical imbalance issues that are entirely changeable. Changing a horse’s behavior (mental/emotional balance) and movement (physical balance) means we must encourage exploration of opposite sides of all problems.

Balance is having just the right amount between two opposing qualities. Balance is a tension between too much and too little. Balance is static equilibrium between dualistic forces. To find balance, we have to explore both sides of what seem like opposite problems. Horses and riders learn through mistakes. It is necessary to make mistakes on both sides, over shooting the middle with each bounce, in order to find the middle.

We come to expect new problems during the process of making internal changes. A new problem is progress! With each bounce or cycle between one problem and its opposite, both expressions become less and less intense. The horse will reduce energy and become more manageable with each bounce on the way to the middle. The horse will always find the middle, or balance, because being balanced just feels better internally to the horse. Balance is easily recognized because it feels better to us too. Feeling better is what every body seeks naturally.